Why you should be using hemp

Industrial hemp has many environmental benefits

Some benefits are directly due to the use of the various parts of the plant by industry or pet owners, others are due to the reduction in the use of oil-derived products and some as a consequence of growing hemp. Hemp requires no pesticides in its growing and its deep rooting leaves a good soil structure for the following crop. The vigorous growth of hemp helps to control difficult weeds in wheat crops reducing their pesticide demand. Because hemp is a natural product, as it grows it uses carbon dioxide from the atmosphere when hemp is used in a building that carbon dioxide is locked up for the life of the building.

Hemp has been grown for thousands of years and has had many different uses from food to shelter of both man and his animals, sails and ropes for ships and paper. Hemp was first grown in Asia and is one of the oldest cultivated fibre plants – in fact, the oldest piece of fabric fibre ever found is an 8,000-year-old piece of hemp. Early Chinese civilisations used hemp to make fishing nets, ropes, clothes and paper. Plants soon spread to Europe, and hemp and lime have traditionally been used as a building material in France.

Queen Elizabeth I decreed that all farms must grow hemp to supply fibre for the production of ropes and canvas sails to equip the Royal Navy. Hemp withstands the effects of seawater better than any other fibre. The Magna Carta, the draft of the American Declaration of Independence and the first King James’ Bible are all printed on hemp paper which is acid-free and non-yellowing; qualities which have aided the preservation of many important documents. Until the late 1880s, most paper was made from hemp, and even today banknotes contain some hemp fibre for strength.

Levi Strauss’ first jeans were made from hemp sailcloth but were too tough and lasted too long to be commercially viable. Henry Ford built a prototype car with plastic body panels made from resin stiffened cellulose fibres which included hemp. These plastic panels were so tough, that they could withstand being hit by a large axe, but were so light that the car weighed 30% less than a steel car of the same size. The car even ran on ethanol fuel made, in part, from hemp. In fact, all the earliest cars ran on vegetable-derived fuels.

When the U.K. ban on the cultivation of industrial hemp was lifted growers looked to France and Eastern Europe where hemp had remained a legal crop and there had already been a revival of interest in hemp, as an environmentally friendly material with a multitude of applications, and strains of hemp containing very little of the narcotic drug were being grown. Several countries including France and Japan have a history of using hemp shiv and lime as a building material so this use is not a new idea.

Hemcore Limited pioneered hemp growing in the UK to supply fibre for use in Mercedes and VW car interiors and they also sold shiv for animal bedding.

One of the first people in England to recognise the benefits of hemp/lime construction was Ralph Carpenter of Modece Architects (www.modece.com). Ralph built a hempcrete extension to his own house in Suffolk. Over the last twelve years, hemp has been developed as a renewable building material. Many houses and commercial buildings have been built using hempcrete. Hempcrete locks up carbon so it offers a very low environmental impact when used in the construction of thermally efficient, healthy, breathable, comfortable buildings. 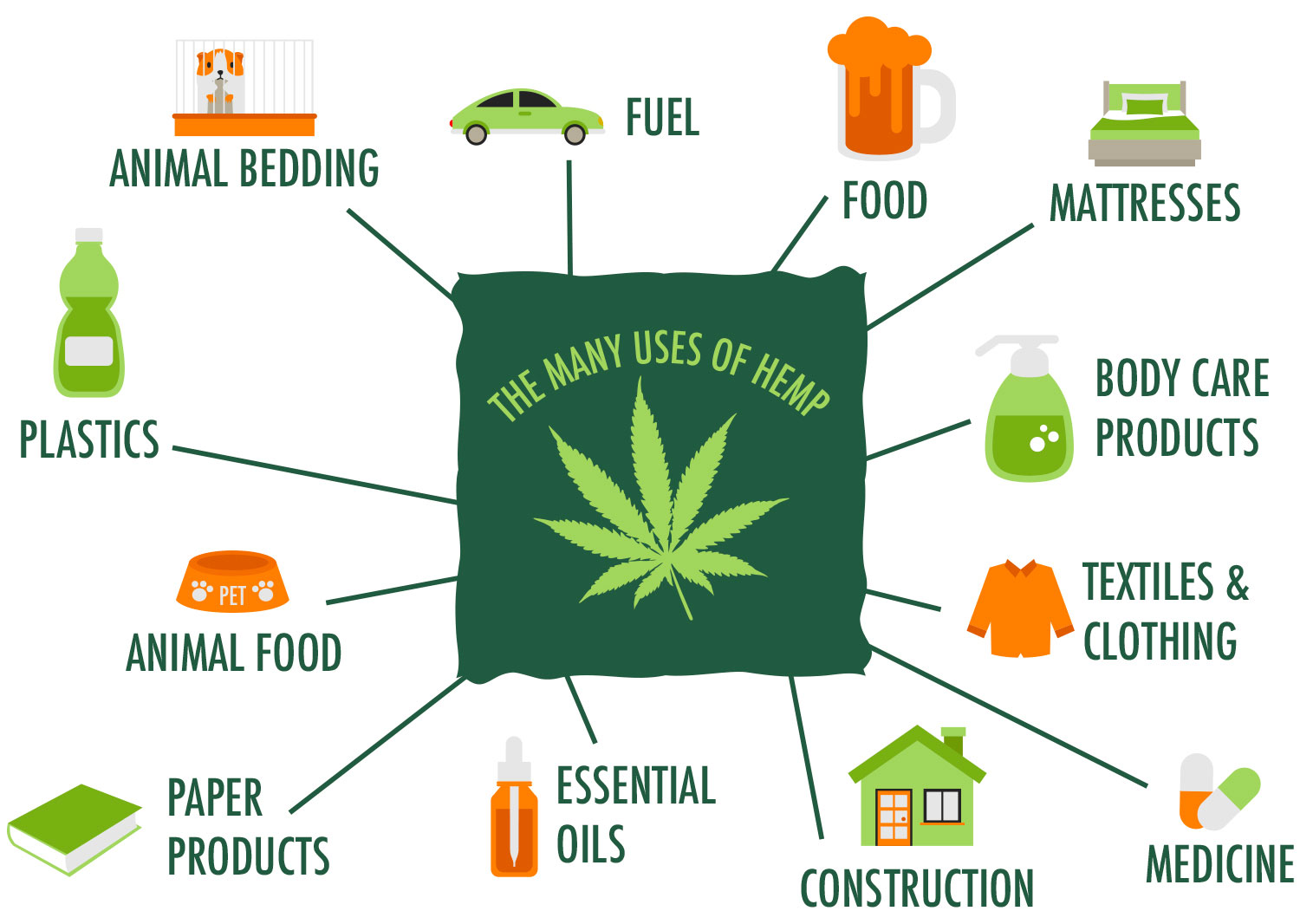 Other uses of industrial hemp include: